The store will not work correctly in the case when cookies are disabled.

Lieferzeit
2-3 Tage
32,80 €
Inkl. 7% Steuern
Auf Lager
SKU
978-3-944101-21-7
Zur Wunschliste hinzufügen Zur Vergleichsliste hinzufügen
Editorial When the term landscape emerged in the 16th century it was coined by the perception of nature in its holistic appearance, i.e. of the wholeness of the visible nature more or less shaped by a location- and time-dependent mixture of anthropozoogenic impact. The “scenery” comprising all the visible elements of a landscape was understood as an aesthetic impression of ostensibly harmonious patterns of a composition of organic and anorganic objects. Accordingly, it was through the fine arts, that by the painting of landscapes the term per se was invented during the late Renaissance (Gombrich 1966). Only during the late 18th and early 19th century the term was scientified by natural scientists such as Alexander von Humboldt, who nevertheless still relied to the (aesthetic) holistic concept of landscape, but at the same time tried to set up a categorisation of the types of elements which “construct” it (Humboldt 1849). Efforts were made to define landscape as a quantifiable multi-layer and multi-scale structure which is solely characterised by specific landscape elements which form ecotopes (“landscape cells”). The mosaic-like concinnity of ecotopes creates the landscape which is experienced as a consistent entity (Troll 1939). Modern landscape ecology understands landscape as a heterogeneous area, which is coined by an aggregate of land forms or an association of habitats and which may comprise an area from some hectares up to hundreds of square kilometres (Turner et Gardner 1991). Three characteristics describing the typology of landscape are generally stressed, explicitly structure, function and change. Structure refers to relations of ecosystems in terms of shape, extent, abundance and configuration of components. Function relies to interactions of elements in space and time, i.e. flows of energy, material or organisms. Change describes the dynamics of structures and functions in a spatio-temporal context (Forman et Godron 1986). Referring to structural characteristics it is obvious that the well-introduced patch-corridormatrix- model is of limited reliability when extending the approach towards relief information, i.e. the third dimension in terrain description (digital surface/terrain models) as well as when integrating transition zones or gradients between patches. These ecotones have a significant temporal dimension in terms of dynamics of change and have thus a strong influence on parameters describing interrelated ecosystems. Improved approaches to a three-dimensional assessment and analysis of ecological gradients have to take into account that transition between ecological, geographical and environmental entities is generally non-discrete, often fuzzy. This aspect does not only concern relations between landscape elements and land use and land cover categories (describable by fuzzy logics) but also variations of approaches of analysis at multi-scale levels up to the dispersion of populations in respective areas of distribution. An ecological gradient can be described statistically by the fact that the variance of the relevant parameter increases with growing distance from the reference area (landscape element, habitat). It has nonetheless to be asked what would happen if that proportion were affected by diffuse impacts, which cannot be expressed by discontinuities in relief (e.g. in terms of canopy surface gradients from forest edges to adjacent copses and to grassland or agricultural land), such as environmental (human) impact varying locally both in time as well as in space, e.g. imission via air pollution or disturbances by tourism. Advanced technologies of 3D-topographic data acquisition such as Airborne Laser Scanning (ALS) as well as object-oriented approaches of remotely sensed image analysis (OBIA) allow for detection and mapping at very high geometric (spatial)
Zum Ende der Bildergalerie springen 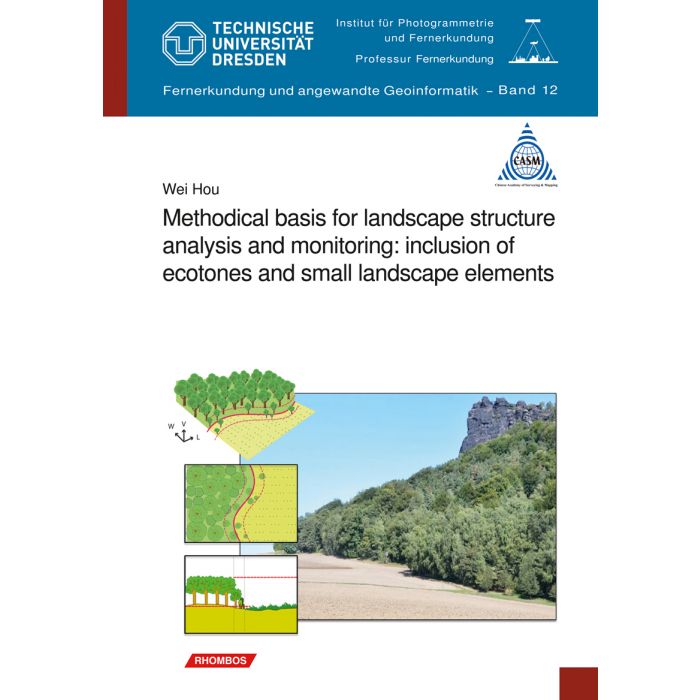